Sponsor Me
Sponsor Me
About Me
My name is Elena S. I'm a 8-year-old girl.
Birthday

Together again at Delia's Learning Center  … Siblings Elena and Georgy no longer share a home. Once, they were part of a large family with seven children. Removed from their parents due to neglect, all the siblings were sent to an orphanage where they awaited foster families to take them in.

The children found themselves “chosen” by different parents and soon were navigating life without their closest allies. For Elena, this meant a new mom and dad and two new sisters. Last year, her foster father passed away suddenly, leaving the family struggling financially. For George (called Georgy), now seven years old, this meant new parents and two new, much older sisters. Like five and half-year-old Elena, George is learning to adapt yet again to changes, as his foster parents are in the midst of divorcing. While George lives in Barlad, not far from the Vibrant Kids Holistic Center, Elena resides 40 minutes away. The children only saw each other sporadically; their ties to each other becoming more tenuous. Life has now taken a more positive turn as George was doing so well at Vibrant Kids that his foster family recommended our program for Elena.

Our UK and U.S.-based team were there the day Elena and George saw each other for the first time at Vibrant Kids. Their surprised smiles and warm, joking camaraderie have remained with us all! George and Elena have learning and language delays, most likely due to an early childhood lacking in adult care and with little stimulation. Both attend public school in the mornings and come to Vibrant Kids two afternoons a week for educational support so that they can succeed in the classroom. Elena’s teacher is concerned that she doesn’t seem to know her colors and has trouble following directions. One cause of Elena’s difficulties may be an issue with her eyes, as she doesn’t seem to be able to distinguish colors. We would like to have Elena examined by a retina specialist. While Elena is buoyant and quick to give a broad smile, George is an observer and doesn’t speak very much. But once the ice is broken, George offers a smile that echos Elena’s in its warmth. His foster mom is anxious about him keeping up in school and worries that he doesn’t form words properly. We would like for both children to be evaluated by a speech therapist who also can assess them for expressive language delays. Our low student/teacher ratio and individualized attention is sure to benefit

this pair of siblings whose learning difficulties are not accommodated in a typical Romanian classroom. 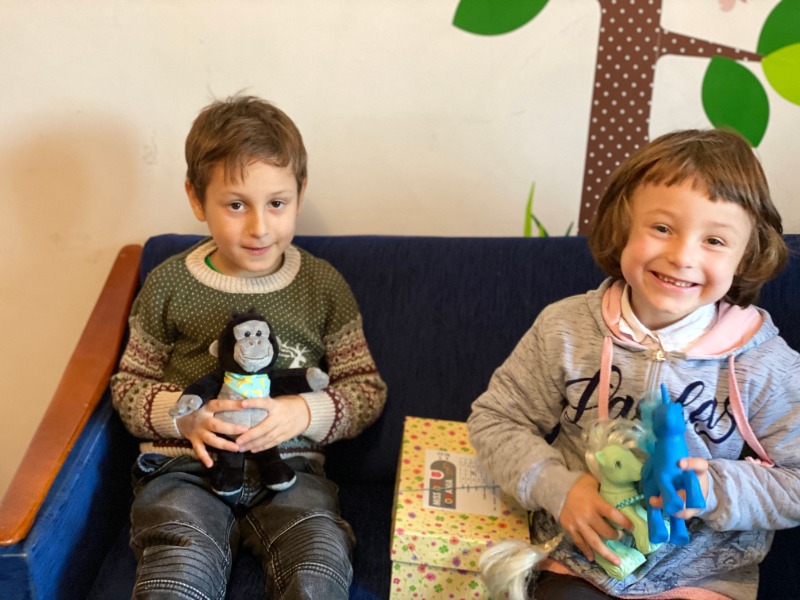